Assuming a deck is randomly shuffled before every game, how many games of War would you expect to play until you had a game that lasted just 26 turns?

There are $52!$ different, equally likely deals. If we can find the number of match-free deals, which result in a $26$-turn game, we can divide the former by the latter number to get our answer (which is the inverse of the probability of getting a $26$-turn game).

The code below (if correct!) does this for every possible match-free deal, and yields an expectation of 6.446976545663825e+16 deals before a match-free one. (Thanks to Angela Zhou for prompting me to memoize (the “alreadyDone” part).)

The expectation seems to be roughly proportional to the log of the number of card values in the deck. Maybe that’s a worthy echo of Euler’s amazing result about the somewhat similar, but evidently importantly different, Game of Coincidence. 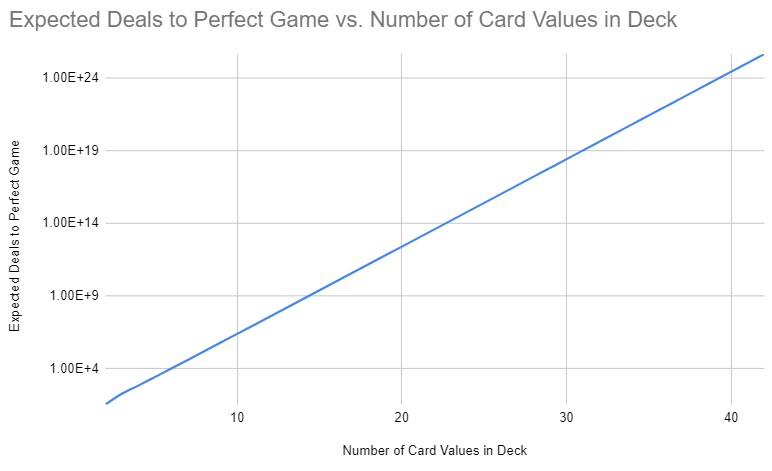